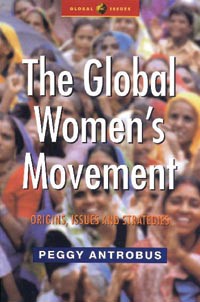 The spread and consolidation of the women’s movement in North and South over the past 30 years looks set to shape the course of social progress over the next generation. The author draws on her long experience of feminist activism to set women’s movements in their changing national and global context. Her analysis will be an invaluable aid to reflection and action for the next generation of women as they carry through the unfinished business of women’s emancipation.