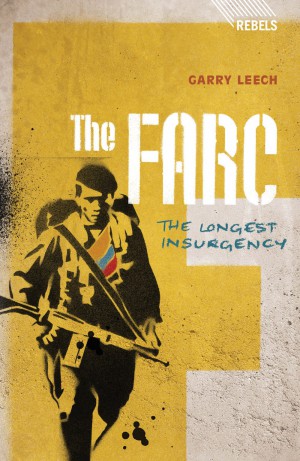 To many – the Colombian, U.S. and the E.U. governments among them – the Revolutionary Armed Forces of Colombia (FARC) is no more than a terrorist organization. Moreover, they claim that the FARC is only engaged in criminal activities and no longer maintains an ideology. But does this tell the whole story? Is it possible to engage in armed revolutionary struggle in order to achieve political and ideological objectives without perpetrating acts of terrorism? As the U.N.’s special envoy to Colombia noted in 2003, it would be ‘a mistake to think that the FARC members are only drug traffickers and terrorists.’

Part of the groundbreaking Rebels Series, Garry Leech’s definitive introduction to the FARC, examines the group’s origins, aims and ideology, and looks at its organizational and operational structures. The book also investigates the FARC’s impact on local, regional and global politics and explores its future direction. As someone who reported from the frontline in Colombia for many years and was himself held captive by the FARC, Leech offers an unparalleled insight into one of the world’s most high-profile armed revolutionary organizations.