The Disappearance of Criminal Law

Police Powers and the Supreme Court

By Richard Jochelson and Kirsten Kramar 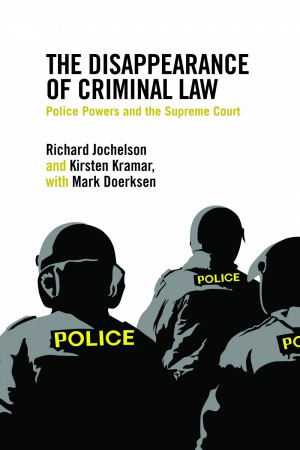 In The Disappearance of Criminal Law, Richard Jochelson and Kirsten Kramar examine the rationales underpinning Supreme Court of Canada cases that address the power of the police. These cases involve police power in relation to search, seizure and detention; an individual’s right to silence, counsel and privacy; and the exclusion of evidence. Together these decisions can be understood as the rules by which good governments should act, and they serve to legitimate the actions of the police. Because there is no singular definition of “police powers,” some argue that they do not exist, nor is there a specific theory about such powers, even though the term appears thousands of times in legal databases. Jochelson and Kramar illustrate the ways in which the Supreme Court, by allowing for increased surveillance and control by the state, is using the Charter to impose limitations on the rights of Canadians.