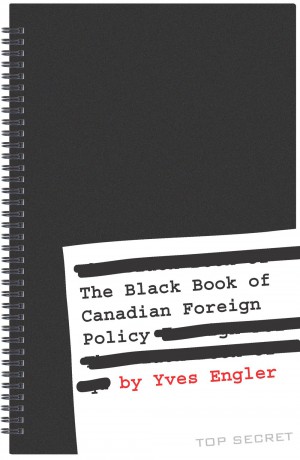 This book could change how you see Canada. Most of us believe this country’s primary role has been as peacekeeper or honest broker in difficult-to-solve disputes. But, contrary to the mythology of Canada as a force for good in the world, The Black Book of Canadian Foreign Policy sheds light on many dark corners: from troops that joined the British in Sudan in 1885 to gunboat diplomacy in the Caribbean and aspirations of Central American empire, to participation in the U.N. mission that killed Patrice Lumumba in the Congo, to important support for apartheid South Africa, Zionism and the U.S. war in Vietnam, to helping overthrow Salvador Allende and supporting the Pinochet dictatorship in Chile, to Haiti, Iraq and Afghanistan today.

“We bear responsibility for what governments do in the world, primarily our own, but secondarily those we can influence, our allies in particular. Yves Engler’s penetrating inquiry yields a rich trove of valuable evidence about Canada’s role in the world, and poses a challenge for citizens who are willing to take their fundamental responsibilities seriously.”

“Engler has done for Canadian foreign policy what I tried to do for United States foreign policy in my book Killing Hope – cover each region of the world, showing how ‘peaceful, benevolent, altruistic Canada’ has, on numerous occasions, served as an integral part of Western imperialism, particularly the American version, helping to keep the third World down and in its place.”

“One of the most important studies of Canada’s international role in years.”

“A book that has been desperately needed for a long time.”