Take Back The Fight

Organizing Feminism for the Digital Age 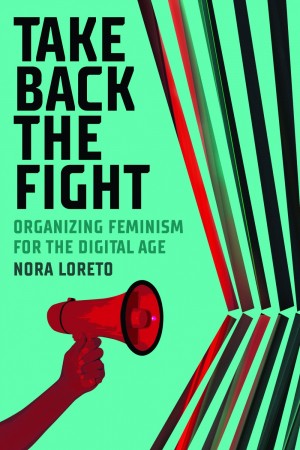 Two decades of neoliberalism have destroyed a structured, pan-regional feminist movement in Canada. As a result, new generations of feminists have come to age without ever seeing the force that an organized social movement can have in democratic society. They have never benefited from the knowledge, the debates, the actions, the mass mobilizations or the leadership that all accompany a social movement and instead organize in decentralized silos. As a result, government and corporate leaders have co-opted feminism to turn it into something that can be bought, sold, or used to attract voters. Campaigns like #BeenRapedNeverReported, #MeToo, the SlutWalks and the Canadian Women’s marches, while important, don’t yet have the organized power to bring the changes that activists seek to make in society.

In Take Back The Fight, Nora Loreto examines the state of modern feminism in Canada and argues that feminists must organize to take back feminism from politicians, business leaders and journalists who distort and obscure its power. Furthermore, Loreto urges today’s activists to overcome the challenges that sank the movement decades ago, to stop centering whiteness as the quintessential woman’s experience, and to find ways to rebuild the communities that have been obliterated by neoliberal economic policies.

“It’s as if Loreto tosses a pebble into the water, causing ripples to form on the surface. Rather than writing about the pebble itself, she writes about the ripples. And that’s a good thing. She looks at organizations that are complementary to the feminist movement, but which—when added together with it—become a much more powerful force … With Loreto’s solid research, journalism and activism, she manages to investigate what’s happened to the feminist movement and demonstrate what it will take for it to become a major force in Canadian society. This work could not be more urgent.”

“Take Back the Fight is an excellent analysis of the rise and decline of second-wave feminism in Canada and in particular of the extraordinary National Action Committee on the Status of Women. Nora Loreto shows both the strengths and the weaknesses of Canada’s largest feminist organization, giving readers an anti-racist feminist view of that history and persuasively argues that we need a cross-country organization to unite feminist activists today. Thank you to Nora for making this important part of activist history come alive for readers and now be documented for history.”

— Judy Rebick, author of Ten Thousand Roses and former President of the National Action Committee on the Status of Women 1990-1993

“Charting a tumultuous history of mainstream feminism, Nora Loreto’s Take Back the Fight is a clarion call for a large-scale, intersectional and radical feminist movement in Canada.”

“Feminism Is a Verb”

“Loreto reminds us, we must and our way to a feminism that stops lauding the appointment of women CEOs, vice- presidents, and police officers while corporations, governments, and police departments continue to systematically harm those who are trans, Black, disabled, and poor. We need a feminism that confronts the many crises facing Indigenous women — from unclean drinking water and crowded, unsanitary housing to systemic violence — as part of its core work. It must be a feminism that can begin anew, in a place that privileges the relational work that patriarchy has long taught us to devalue, along with those who perform it.”