Youth Conduct and the Politics of Child Hating (2nd Edition) 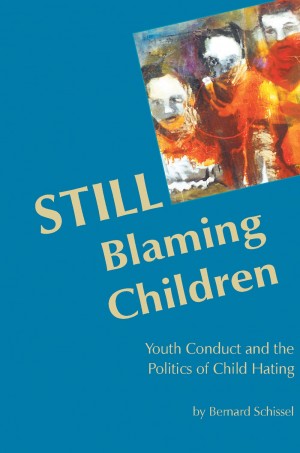 The media-enhanced moral panic surrounding youth has continued unabated over the past two decades. Its form and substance varies, but the politics of blaming and exploiting children underlies it all. Despite the reality that rates for most youth crime have gone down, the public condemnation of youth, especially through the news media, continue unabated, and the position of children and youth in our societies is still as precarious as ever. Put bluntly, the lives of too many children and youth are fraught with potential danger. Not only are they the victims of excessive legal scrutiny and scapegoats for panic-driven public policy, but they also go off to war proportionately more than adults and they work at unskilled jobs for no benefits and insultingly low wages. Children and youth live outside the protections of human rights. STILL Blaming Children, an expanded and updated version of Blaming Children, shows how “getting tough” on young offenders ignores the reality of their lives and the reality of their misconduct. The book ends by describing more humane and mindful alternatives for youth offenders, based on the human rights our children deserve.