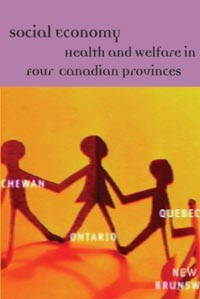 The fundamental principles of the social economy are solidarity, democratic organization of work, and user and community participation. Based on a three-year study carried out by researchers at the Université du Québec ” Montréal, Université de Moncton, the University of Ottawa and the University of Regina, the essays here testify to the value and diversity of the social economy sector in four Canadian provinces. Researchers explore the realities of the third sector in the fields of health and welfare in changing social and economic conditions. Authors of Social Economy argue that the crisis of the welfare state is an opportunity for the development and growth of a solidarity-based economic model involving new relationships between the social economy sector, the state, the market and the informal economy.