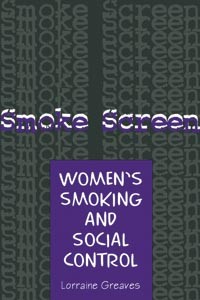 Smoke Screen looks at the range of ways in which tobacco affects women: the evolution of cultural pressures on women’s smoking; the meanings of smoking to women; the benefits for socities of keeping women smoking; and the impact of health and tobacco policy on women’s smoking prevention and cessation.