Rethinking the Politics of Labour in Canada, 2nd ed. 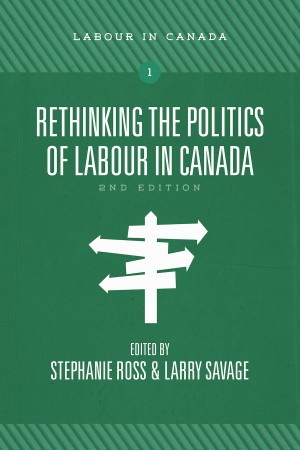 In the wake of the COVID-19 pandemic, the need to re-establish the labour movement’s political capacity to exert collective power in ways that foster greater opportunity and equality for working-class people has taken on a greater sense of urgency. Understanding the strategic political possibilities and challenges facing the Canadian labour movement at this important moment in history is the central concern of this second edition of Rethinking the Politics of Labour in Canada.

With new and revised essays by established and emerging scholars from a wide range of disciplines, this edited collection assesses the past, present and uncertain future of Canadian labour politics in the wake of the COVID-19 pandemic. Bringing together the traditional electoral-based aspects of labour politics with analyses of newer and rediscovered forms of working-class organization and social movement-influenced strategies, which have become increasingly important in the Canadian labour movement, this book seeks to take stock of these new forms of labour politics, understand their emergence and assess their potential impact on the future of labour in Canada.

“This book brings together a wide range of contributions about labour and politics in Canada, some of them unprecedented. It is much needed: there is nothing like it available and the issues it deals with are becoming ever more important.”