Rethinking the Politics of Labour in Canada 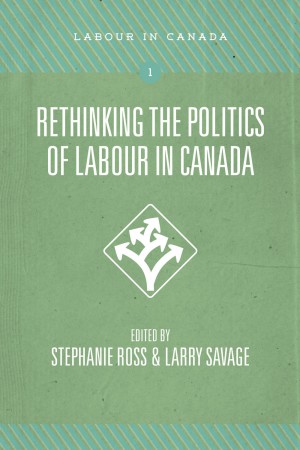 Though the Canadian labour movement’s postwar political, economic and social achievements may have seemed like irrevocable contributions to human progress, they have proven to be anything but. Since the mid-1970s, labour’s political influence and capacity to defend, let alone extend, these gains has been seriously undermined by the strategies of both capitalist interests and the neoliberal state. Electoral de-alignment and the decline of class-based voting, bursts of unsustained extra-parliamentary militancy and a general lack of influence on state ac- tors and policy outcomes all signal that the labour movement is in crisis. Despite much experimentation in an attempt to regain political clout, labour continues to experience deep frustration and stagnation. As such, the labour movement’s future political capacities are in question, and the need for critical appraisal is urgent. Understanding how and why workers were able to exert collective power in the postwar era, how they lost it and how they might re-establish it is the central concern of Rethinking the Politics of Labour in Canada.

With essays from established and emerging scholars from a wide range of disci- plines, this collection assesses the past, present and uncertain future of labour politics in Canada. Bringing together the traditional electoral-based aspects of la- bour politics with analyses of the newer and rediscovered forms of working-class organization and social movement-influenced strategies, which have become increasingly important in the Canadian labour movement, this book seeks to take stock of these new forms of labour politics, understand their emergence and assess their impact on the future of labour in Canada.

Watch contributor Bryan Evans deliver a talk called “The NDP in an era of Neoliberalism” here.

“This book brings together a wide range of contributions about labour and politics in Canada, some of them unprecedented. It is much needed: there is nothing like it available and the issues it deals with are becoming ever more important.”