From Capitalist Inefficiency to Economic Democracy 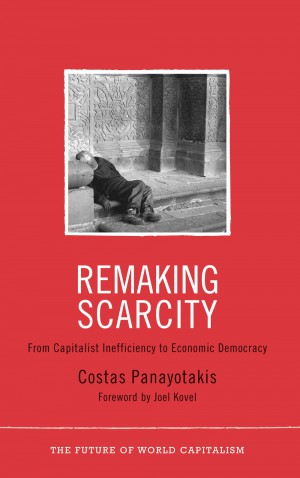 The dominant schools of neoclassical and neoliberal economics tell us that material scarcity is an inevitable product of an insatiable human nature. Against this, Costas Panayotakis argues that scarcity is in fact a result of the social and economic processes of the capitalist system. The overriding importance of the logic of capital accumulation accounts for the fact that capitalism is not able to make a rational use of scarce resources and the productive potential at the disposal of human society. Instead, capitalism produces grotesque inequalities and unnecessary human suffering, a toxic consumerist culture that fails to satisfy, and a deepening ecological crisis. Remaking Scarcity is a powerful challenge to the current economic orthodoxy. It asserts the core principle of economic democracy, that all human beings should have an equal say over the priorities of the economic system, as the ultimate solution to scarcity and ecological crisis.