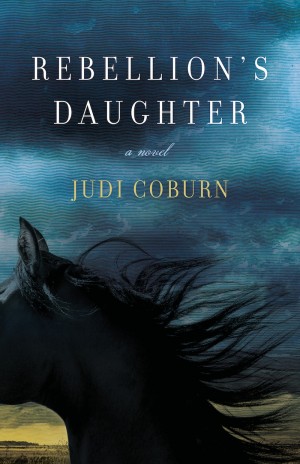 Spirited young Eunice will not settle for a woman’s lot in 1800s Canada. She sees the inequitable use of power everywhere, from her abusive father to the elite-ruled government, and she cannot help but challenge it. This historical fiction follows her escape from trouble into more and more trouble, through which her ignorance gives way to a more sophisticated understanding of her society. Impatient to claim a place in it, Eunice dresses as a boy in order to join a rebellion against the government. She lands in jail for stealing a rich man’s horse, and there, the stories of her socially marginalized female cellmates – in particular a young black prisoner – forces her to confront anew the startling injustices of race and social class and the institutionalized cruelty of prison. Readers will fall in love with Eunice for her integrity and tenacity against all odds.

“The young and sometimes reckless Eunice Whiting is always on the move. Milkmaid, barmaid, fifteen-year old bride become rebel messenger on horseback, spy in disguise, and always speaker of truth to power: she is all that and more. Unfolding during the tempest that was the 1837 uprising in Upper Canada, Rebellion’s Daughter hums along as author Judi Coburn artfully sketches real people and real events from history enlivened by her own vivid imagination.”

“When her mother and brother die of cholera in the 1830s, young Eunice Whiting is catapulted into a world of intrigue and armed uprisings in Upper and Lower Canada. She quickly becomes a rebel supporter, dressing as a boy to evade British patrols, and risking death to bring the insurgents food, supplies and information. Inspired by a real story and rich with historical detail, this is a fascinating – and often eye-opening – glimpse into an era where an emerging nation can hang on the fortunes of a small band of rebels. Against this evocative background, a set of vividly drawn characters round out the book and bring an intimate feel to the story. The book’s triumph, though, is Eunice, an unusual young heroine – by turns a dairy worker, a horse thief and a log hauler – whose quirky, obstinate courage means she is rarely far from danger. A striking historical backdrop and the author’s tender treatment of her protagonist are two of the high points in this gripping novel of allegiances and betrayals.”

— Judith McCormack, author of Backspring and The Rule of Last Clear Chance

“Fierce and independent, thoroughly modern Eunice Whiting is the heart of this twisty and passionate story of loyalty and rebellion in early Ontario. Coburn weaves a seat-of-your-pants tale of Eunice’s struggle for justice—running secret rebel messages dressed as a boy and narrowly escaping capture by government forces. But it is her emerging understanding of how to assert herself in a rough-and-tumble world where women are brushed aside and underestimated that provides the engine for this sweeping adventure story filled with deep research on a little-remembered era.”

— Andrea Curtis, author of How the Fight for Good Food Transformed a Community and Inspired a Movement