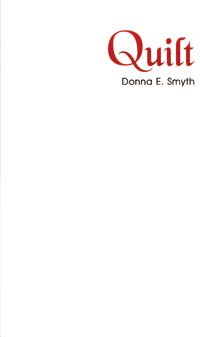 Quilt is a remarkable work. With a unique and compelling voice, Donna Smyth tells a story that is full of complex relationships, raw domestic violence, and a saving compassion. As I read I kept thinking, “Why have I heard nothing about this novel?” –Budge Wilson, author of The Leaving and The Courtship

“Quilt affirms that women’s creativity has a long tradition, that it has always been collective, a web of women remembering the traces of the past, reworking them, interweaving them.”

“In Quilt the inhabitants of Dayspring are presented without verbal embellishment or apology… The narrative shifts from passages of unvarnished dialogue or exposition to pools of consciousness reflecting the redeeming stillness and rootedness of the natural world. Smyth relishes the real… In showing the “good neighbourliness” of the women who assemble to make the quilt and to unlock the stories latent in the bits of cloth with which they work, Smyth breaks the tradition of depicting rural women as silent in their sexuality.”