The Seventy-Year Fight for Public Housing in Winnipeg 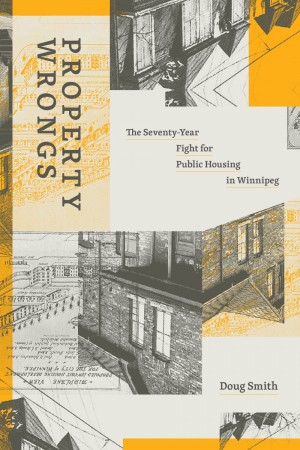 Until 1969, the City of Winnipeg had undertaken only two public housing projects even though the failure of the market to provide adequate housing for low-income Winnipeggers had been apparent since the beginning of the century. By 1919, providing housing was a significant issue in municipal politics that was embraced by civic officials, professionals, reformers, labour leaders and social democratic politicians. It also became a proxy issue for refighting the 1919 General Strike at city hall. However, Winnipeg’s business community proved effective opponents of public housing.

The struggle for public housing was also a struggle for democracy. Up until the 1960s, public housing required approval by a referendum in which only the city’s property owners could vote. This rule deprived close to half the city’s voters — and virtually everyone who might qualify to live in public housing — of the right to vote. Over decades that barrier to democracy was whittled away. An NDP provincial government elected in 1969 added 11,144 units of public housing to the existing 568 units.

Today public housing is once more under attack. Rather being treated as valued public assets, they are considered embarrassing encumberments that should be sold as part of a process of turning public housing over to the private sector. The struggle to protect and expand the provision of non-profit housing is undermined by the rupture in political memory of the long struggle to build public housing and the current political situation.