By Nivedita Menon and Aditya Nigam 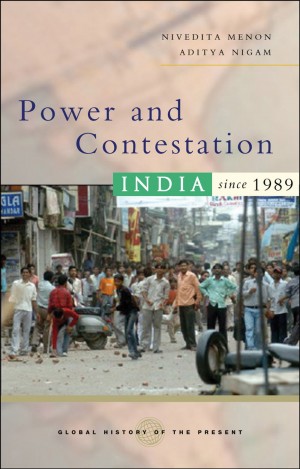 1989 marks the unraveling of India’s “Nehruvian Consensus” of a modern, secular nation with a selfreliant economy. Caste and religion play major roles in national politics. Global economic integration led to conflict between the state and dispossessed people, but processes of globalization have also enabled new spaces for political assertion. In a world of American Empire, India as a nuclear power has abandoned nonalignment, a shift contested by voices within. Power and Contestation shows that the turbulence and turmoil of this period are signs of India’s continued vibrancy and democracy. The book is an ideal introduction to the complex internal histories and external power relations of a major global player in the new century.