Peasants and the Art of Farming 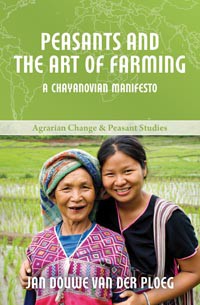 Many impressive studies on the changing nature of the global food system have been published, and nearly all address changes at the macro level. The far less visible changes occurring at the micro level have received relatively little attention, especially in the realm of critical rural studies. This book is a reflection of the far reaching and complex transformations of food systems that have occurred as a result of liberalization and globalization.

This book focuses on the structure and dynamics of peasant farms and the historically highly variable relations that govern the processes of labour and production within the peasant farms. Jan Douwe van der Ploeg argues that peasant agriculture can play an important, if not central, role in augmenting food production and creating sustainability. However, peasants today, as in the past, are materially neglected. By building on the pioneering work of Chayanov, this book seeks to address this neglect and to show how important peasants are in the ongoing struggles for food, food sustainability and food sovereignty.