Boys, Men and the Patriarchal Dividend 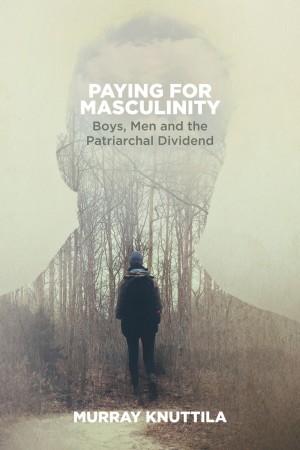 In Paying for Masculinity, Murray Knuttila argues that male dominance is best understood in the context of the particular mode of gender practice — hegemonic masculinity — that typifies patriarchal gender orders. This mode of masculinity permeates our society, media and culture. It persists because of “the patriarchal dividend” — men directly benefit from their dominance in society. But these benefits exact a price, first and foremost from women and girls. But, as boys and men are under pressure to “man up,” they too pay the costs: they die younger, go to prison, restrict their emotions and blunt their humanity. Simply put, men need to understand that the costs of practising this mode of masculinity far outweigh the benefits.

Knuttila’s conceptual framework allows him to trace the history of the patriarchal dividend through various aspects of patriarchal capitalism, demonstrating how ingrained it is in our society, and to illustrate ways of encouraging non-hegemonic forms of masculinity, which are ultimately to the benefit of everyone.