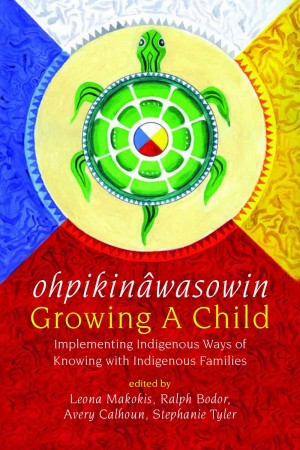 The chapters of ohpikinâwasowin/Growing a Child describe wisdom-seeking journeys and service-provision changes that occurred in Treaty 6, Treaty 7, and Treaty 8 territory on Turtle Island. Many of the teachings are nehiyaw (Cree) and some are from the Blackfoot people. Taken together, this collection forms a whole related to the Turtle Lodge Teachings, which expresses nehiyaw stages of development, and works to undo the colonial trappings of Canada’s current child welfare system.