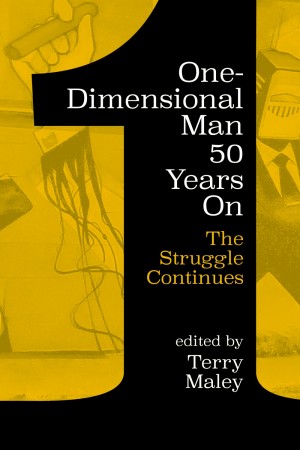 Herbert Marcuse’s One-Dimensional Man has been called one of the most important books of the post-WWII era. Published in 1964, Marcuse’s work was highly critical of modern industrial capitalism — its exploitation of people and nature, its commodified aesthetics and consumer culture, the military-industrial complex and new forms of social control at the height of the Keynesian era.

Contributors to this collection assess the key themes in One Dimensional Man from a diverse range of critical perspectives, including feminist, ecological, Indigenous and anti-capitalist. In light of the current struggles for emancipation from neoliberalism in Canada and across the globe, this critical look at Marcuse’s influential work illustrates its relevance today and introduces his work to a new generation.

One-Dimensional Man 50 Years On contains a diverse collection of essays on the legacy of Herbert Marcuse and the relevance of his thought for the 21st century. The contributors to the volume — both established and upcoming academics and activists — critically explore the applicability, as well as the limitations, of Marcuse’s seminal work to the current political conjuncture. It should be of interest to both scholars of critical theory and Left activists of all types.

Accessibly written to provide a clear and relevant introduction to Marcuse’s ideas, One-Dimensional Man 50 Years On powerfully shows how one of the most influential political theory texts of the past century remains potent in this one.