Politics, Poverty and the Planet 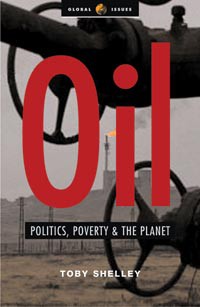 Access to oil and natural gas, and their prices, have been axes of geo-political and economic strategy for a century. This book gives readers all they need to understand the shifting structure of the global oil and gas economy-where the reserves lie, who produces what, trade patterns, consumption trends, prices. It highlights the domestic inequality, civil conflict and widespread poverty that dependence on oil exports inflicts on developing countries and the strategies of wealthy countries (especially the United States) to control oil-rich regions. Energy demand is on a strong upward trend, and the reality of the environmental damage caused by fossil fuels cannot be doubted. What are the likely human consequences? And what is to be done? Are alternative energy sources a panacea? Or will the much vaunted hydrogen economy still be based on oil, natural gas and coal?