Mindfulness and Its Discontents

Education, Self, and Social Transformation 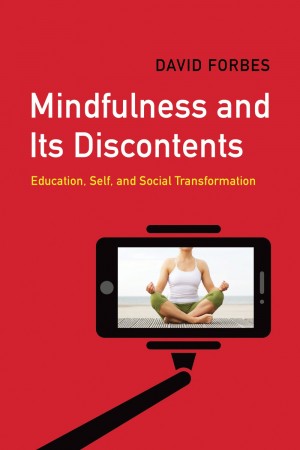 Mindfulness, a way to alleviate suffering by realizing the impermanence of the self and our interdependence with others, has been severed from its Buddhist roots. In the late-stage-capitalist, neoliberal, solipsistic West, it becomes McMindfulness, a practice that instead shores up the privatized self, and is corporatized and repackaged as a strategy to cope with our stressful society through an emphasis on self-responsibility and self-promotion. Rather than a way to promote human development and social justice, McMindfulness covertly reinforces neoliberalism and capitalism, the very self-promoting systems that worsen our suffering.

In Mindfulness and Its Discontents, David Forbes provides an integral framework for a critical, social, moral mindfulness that both challenges unmindful practices and ideas and provides a way forward. He analyzes how education curricula across North America employ mindfulness: to help students learn to succeed in a neoliberal society by enhancing the ego through emphasizing individualistic skills and the self-regulation of anger and stress. Forbes argues that mindfulness educators instead should uncover and resist the sources of stress and distress that stem from an inequitable, racist, individualistic, market-based (neoliberal) society and shows how school mindfulness programs can help bring about one that is more transformative, compassionate and just.

Forbes’s trenchant analysis of mindfulness in American culture will appeal to readers interested in the intersection of market forces and spirituality.

Extending and deepening the McMindfulness critique, David Forbes takes a fearless stance by peeling away the self-centered, hedonic façade and rhetorical muddle of the Minefulness Industrial Complex.

David Forbes develops a much-needed focus on a range of misuses of mindfulness in Western culture that distort education and personal development and consequently inhibit social and cultural change.

Forbes then makes the case that our current political, ecological and economic realities require kids and teachers who’re able to critically engage at a civic level. He lays out a mindfulness curriculum that includes a strong, socially engaged practice teachers can introduce.