Canadian Perspectives on Gender and Politics

By Roberta Lexier and Tamara Small 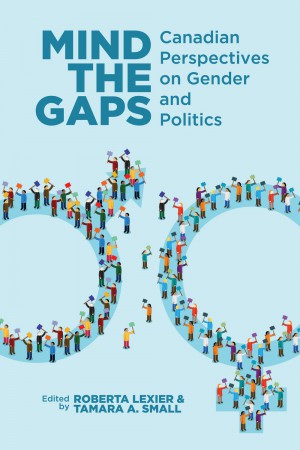 The gender gap refers to the differences in public opinion and political participation between men and women: the proportion of seats held by women in Canadian legislatures appears to have plateaued or even declined at all levels of government, and gendered differences in political behaviour and participation impact public policy, political outcomes and democratic fairness in Canada.

Mind the Gaps provides a multifaceted examination of the role of gender in traditional politics, social movement politics and the media in Canada. This edited collection provides an interdisciplinary examination of the gender gap in Canada, and brings together knowledge, viewpoints and case studies on gender and politics, providing readers with a greater understanding of the various gender gaps that exist in Canada politics.