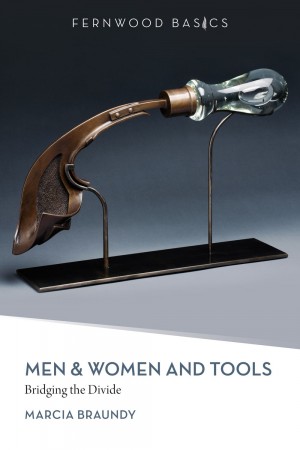 Although there have been many equity initiatives to encourage women to train and work in the trades, Canadian women still represent less than 3 percent of tradesworkers. Why does this disparity continue to exist? In Men & Women and Tools, Marcia Braundy – herself a tradesperson – explores this issue by focusing on male resistance to the inclusion of women in technical work. Early in her research, Braundy conducted an interview with several male and female tradespeople. Finding this interview rich with deeply ingrained notions of masculinity and female roles, Braundy constructs a short play from their words. Deconstructing the play line by line, this book weaves together scholarly research and lived experience to explore the historical and cultural origins of the ideas expressed.

View with compassion the challenges of the vulnerable underbelly of male resistance to women in trades and technology, so clearly expressed in a group interview and honed into a play. Performed by professional actors and videotaped by an amateur at the Brave New Play Rites Festival.

“We know that class is gendered, and that often upper class professionals and blue collar working men set the highest barriers to women’s entry. In her careful and erudite book, Marcia Braundy brings together the tools of the trade and the hands that hold them. By exploring men’s resistance to equality, this book explodes the myths on which that resistance is based.”