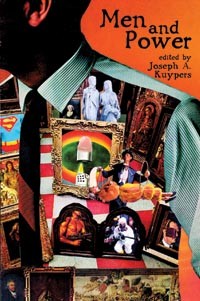 Ten men examine how masculinity in contemporary society is connected to power. The questions these authors ask and answer are critical. What is power? Is power always “at someone else’s expense” or can power be healthy and affirming? How is masculinity constructed to include power? Who suffers and who benefits from this gendered power? How are men both beneficiaries and victims of the cultural expectation to be powerful. And what are the alternatives if men seek to reject this power imperative? From their perspectives as philosophers or psychologists, as playwrights or Buddhists, as gender activists or simply curious observers of modern men, the authors unfold a rich ethical and intellectual territory. Individually they struggle to reveal something of the deep reaches that are part of being a man. Individually they face squarely the troublesome and dangerous elements of power. And collectively they leave the reader cautiously optimistic that men can do something substantially different with their attachments to power.