The Truth May Hurt 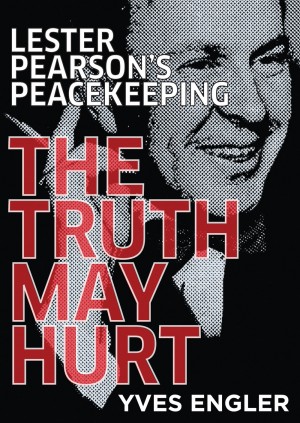 Lester Pearson is one of Canada’s most important political figures. A Nobel Peace laureate, he is considered a great peacekeeper and ‘honest broker.’ But in this critical examination of his work, Pearson is exposed as an ardent cold warrior who backed colonialism and apartheid in Africa, Zionism, coups in Guatemala, Iran and Brazil and the U.S. invasion of the Dominican Republic. A beneficiary of U.S. intervention in Canadian political affairs, he also provided important support to the U.S. in Vietnam and pushed to send troops to the American war in Korea. Written in the form of a submission to an imagined “Truth and Reconciliation” commission about Canada’s foreign policy past Lester Pearson’s Peacekeeping: The Truth May Hurt challenges one of the most important Canadian foreign policy myths.