Language and Hegemony in Gramsci 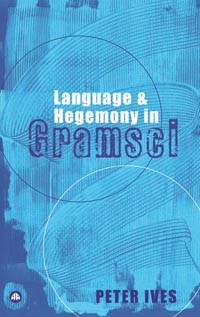 Language and Hegemony in Gramsci demonstrates how Gramsci’s writings on language illuminate his entire social and political thought. It documents Gramsci’s concern with language from his university studies in linguistics, where he initially derived his famous concept of hegemony, to his last prison notebook.

Hegemony has been seen as Gramsci’s most important contribution, but without knowledge of its linguistic roots, it is often misunderstood. It is only from the vantage point of Gramsci’s writings on language that the full explanatory power of hegemony and his unique combination of Marxist economic analysis and social critique can be fully appreciated. Ives uses Gramsci’s focus on language to introduce key ideas of hegemony, intellectuals, passive revolution, civil society and subalternity. Language and Hegemony in Gramsci shows how Gramsci’s theorization of power, language and politics addresses issues raised by post-modernism and the work of Michel Foucault, Jacques Derrida, Chantal Mouffe and Ernesto Laclau.