Jamaica in the Canadian Experience 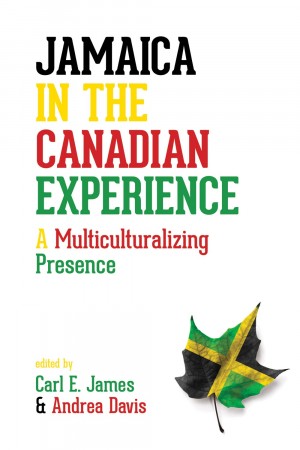 In 2012, Jamaica celebrates its fiftieth anniversary of independence from Britain. In the short period of its life as a nation, Jamaica’s increasingly powerful influence on global culture cannot go unremarked. The growth of Jamaican diasporas beyond Britain to the United States, Canada and West Africa has served to strengthen Jamaica’s global reach, so that today Jamaica’s cultural, economic and political achievements are felt way beyond its national borders. This anthology commemorates Jamaica’s independence by acknowledging the immense and widespread contributions of Jamaica and Jamaicans to Canadian society.

“This important interdisciplinary collection pays tribute to the transnational migrations that are such an integral part of the fabric of Caribbean life, and that have also fundamentally shaped the Canadian landscape. The book offers us generous and hopeful vision of multiculturalism, peopled by the daily joys, trials and aspirations of generations of Jamaican-Canadians who are neither simply urban residents nor recent arrivals, and whose presence is key to understanding what it means to be Canadian today.”

“I am pleased to be associated in a modest way with the genesis and conceptualization of this work and even more gratified by its completion and the high quality of its content.”