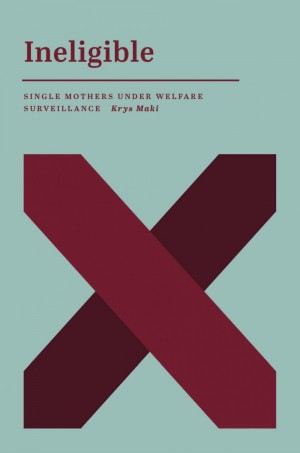 While the poor have always been monitored and surveilled by the state when seeking financial support, the methods, techniques, and capacity for surveillance within and across government jurisdictions has profoundly altered how recipients navigate social assistance. Welfare surveillance has exacerbated social inequality, especially among low income, Indigenous, and racialized single mothers. Krys Maki unpacks in-depth interviews with Ontario Works caseworkers, anti-poverty activists, and single mothers on assistance in Kingston, Peterborough, and Toronto, and employs intersectional feminist political economy and critical surveillance theory to contextualize the ways neoliberal welfare reforms have subjected low-income single mothers to intensive state surveillance. Maki centres their experiences to examine how their status as lone parents prompted fraud investigations and invasive questioning about their relationship status, and triggered investigations by other governing bodies such as child welfare agencies. This book also examines the moral and political implications of administering inadequate benefits alongside punitive surveillance measures. Despite significant restraints, anti-poverty activists, caseworkers, and recipients have discovered individual and collective ways to resist the neoliberal agenda.

Finally, we have a book that explores how modern technologies have added a whole new level of sophisticated surveillance and stigma to single moms on welfare. Told from the perspective of both single moms on welfare and the caseworkers who are mandated to implement these punishing regulations, Maki offers a compelling and important contribution to critical poverty studies. Anyone who says they care one tiny morsel about the poor needs to read this book.

— Margaret Little, professor of political studies and gender studies at Queen’s University and the author of the award-winning No Car, No Radio, No Liquor Permit: The Moral Regulation of Single Mothers in Ontario, 1920-1996