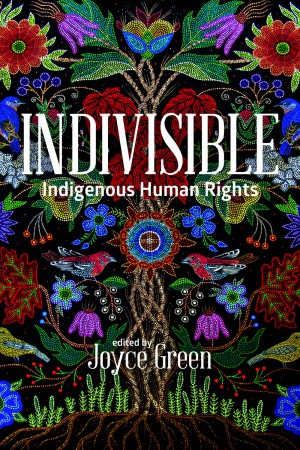 Indigenous rights are generally conceptualized and advocated separately from the human rights framework. The contributors to Indivisible: Indigenous Human Rights, however, deftly and powerfully argue that Indigenous rights are in fact human rights and that the fundamental human rights of Indigenous people cannot be protected without the inclusion of their Indigenous rights, which are suppressed and oppressed by the forces of racism and colonialism. Drawing on a wealth of experience and blending critical theoretical frameworks and a close knowledge of domestic and international law on human rights, the authors in this collection show that settler states such as Canada persist in violating and failing to acknowledge Indigenous human rights. Furthermore, settler states are obligated to respect and animate these rights, despite the evident tensions in political and economic interests between elite capitalists, settler citizens and Indigenous peoples.

“The historic and contemporary challenges faced by Indigenous peoples, be it the tragedy of residential schools, high levels of violence against women, abusive policing, struggles around land and resources, or entrenched poverty are reflective of the disgraceful failure of Canada and other states to uphold human rights. Indivisible is a critical call to governments and Indigenous peoples to take up the indivisible framework of rights protection enshrined in the UN Declaration of the Rights of Indigenous Peoples.”

“Well written, fast moving, and well researched, this is book is a rich, smart resource for anyone wanting to break down and understand the human rights versus indigenous rights debate, and to move on to more productive conversations about real political and legal change for indigenous peoples.”

“Have you ever looked back at a point in your life when, had good advice been taken, it would have meant a much better future? This book offers that advice, now. Canadians who want to live well because Indigenous peoples prosper need to read Indivisible.”