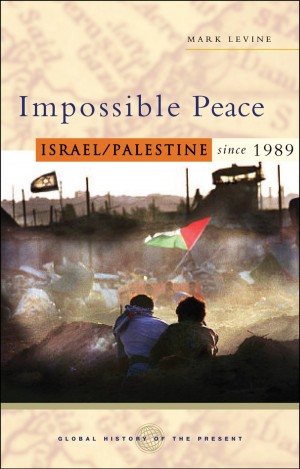 In 1993 luminaries from around the world signed the Oslo accords, a pledge to achieve lasting peace in the Holy Land. Yet, with over a thousand Israelis and nearly four times that number Palestinians killed since 2000, the oslo process is now considered ‘history’.

Impossible Peace provides one of the first comprehensive analyses of that history. Mark LeVine argues that Oslo was never going to bring peace or justice to Palestinians or Israelis. He claims that the accords collapsed not because of a failure to live up to the agreements, but precisely because of the terms and underlying ideologies of those agreements.

This fresh and honest account of the peace process in the Middle East shows how by learning from history it may be possible to avoid the erros that have long doomed peace in the region.