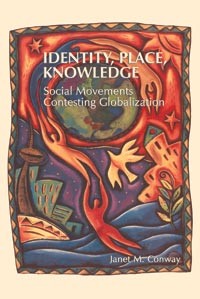 Grassroots organizations have long been involved in the education and mobilization of local populations. Through the development of coalition formation, broad-based campaign-organizing and popular and activist education, information and experiences are shared amongst activists and interested individuals. Janet M. Conway looks at how social justice organizations struggle to build momentum when many of the groups are disparate and the development of ideas are often articulated through actions. Conway examines the experiences within a particular organization, the Metro Network for Social Justice, in Toronto. This small, place-based group contributed, with thousands of others like it, to the demonstrations in Seatle in 1999. These groups have become sophisticated forums to explore the structures of representation, decision-making, democratic governance and problems of inequality and power/knowledge in activist politics. By focusing on MNSJ, Conway is able to explore topics that affect any number of groups involved in social justice and to offer some hard hitting analysis on how it is that small groups scattered around the world are able to affect change.

“Identity, Place, Knowledge is a tour de force… it belongs in every political science course at the university level and is a major contribution to the literature inviting all of us to a new way of doing politics.”