Middle Powers and the Challenge of Globalization 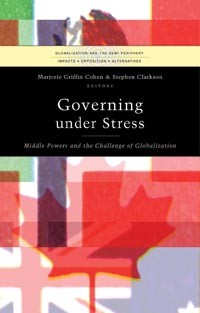 Certain countries are characterized by the distinctive structural condition of semi-peripherality. Whether defined in social, cultural, economic or simply spatial terms, semi-peripheral countries share a consciousness of subordination to the centre–specifically the United States–as well as a means to resist. This differentiates them from both the countries at the centre that lack any such consciousness and poor and powerless countries on the periphery. The contributors focus on Canada, Mexico, Norway and Australia. They examine the international institutions, including NAFTA, the WTO and the EU, forming the framework of globalization. They detail the restraints facing these countries and the possibilities for pursuing their own independent policies. They discuss the new economics, political and social issues of governance that are emerging and the possibilities for the future.