Poverty and Public Housing in Canada 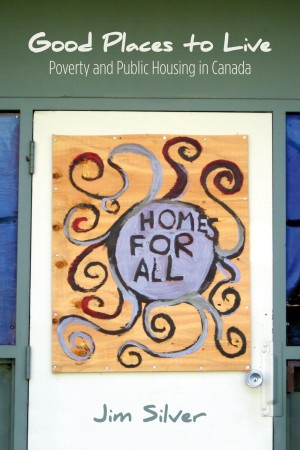 Public housing projects are stigmatized and stereotyped as bad places to live, as havens of poverty, illegal activity and violence. In many cities they are being bulldozed, ostensibly for these reasons but also because the land on which they are located has become so valuable. In Good Places to Live, Jim Silver argues that the problems with which it is so often associated are not inherent to public housing but are the result of structural inequalities and neoliberal government policies. This book urges readers to reconsider the fate of public housing, arguing that urban poverty – what Silver calls spatially concentrated racialized poverty – is not solved by razing public housing. On the contrary, public housing projects rebuilt from within, based on communities’ strengths and supported by meaningful public investment could create vibrant and healthy neighbourhoods while maintaining much-needed low-income housing. Considering four public housing projects, in Vancouver, Toronto, Halifax and Winnipeg, Silver contends that public housing projects can be good places to live – if the political will exists.