Tame It or Scrap It? 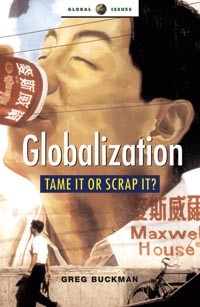 Greg Buckman discusses the two main approaches within the anti-globalization movement. The ‘Fair Trade and Back to Breton Woods’ school argues for immediate reforms of the world’s trading system, capital markets and global institutions, notably the World Bank, IMF and WTO. The ‘Localization’ school, takes a more root and branch position and argues for the abolition of these institutions and the outright reversal of globalization. Buckman explains the details of each school’s outlook and proposals, their weaknesses, where they disagree, their common ground and where they might come together in campaigns.

“The clearest and most succinct explanation of the origins and processes of economic globalization yet to appear in English, plus the best coverage of the debates over what to do about it. A useful tool for anti-globalization activists everywhere.”