From the Great Transformation to the Great Financialization

On Karl Polanyi and Other Essays 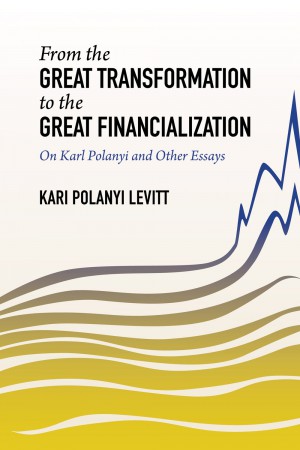 Four years into the unfolding of the most serious economic crisis since the 1930s, Karl Polanyi’s prediction of the fateful consequences of unleashing the destructive power of unregulated market capitalism on peoples, nations and the natural environment has assumed new urgency and relevance. The system of unregulated or free market capitalism has a propensity towards crisis, which is reflected in both the dynamics of the Great Depression of the 1930s and the advent of the new world order of neoliberal globalization of the 1980s, ushering in “the great financialization.”

The essays in this volume should be read against the background of the accelerating accumulation of global finance that created a series of financial crises in Latin America, Russia, Asia and, eventually, the heartlands of capitalism itself. This book probes into the dynamics of global capitalism, a system in crisis, by Kari Levitt, one of Canada’s premier development economists, with insights derived from a re-reading of the writings of her father, Karl Polanyi, one of the greatest economists of the twentieth century.

“The essays in this book provide a carefully crafted picture of ‘the life and times of Karl Polanyi,’ along with the relevance of his analysis for those of us living in different times.”