Dim Time and History on a Garrison Clock

A Collection of Poetry 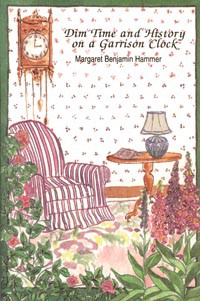 “This is modern poetry: its eye always open for the telling image, ear cocked to an internal music, and tongue ready to taste the tartness of irony…. These poems are not only thoughtful in an intellectual sense but in a compassionate one as well.

Peggy’s poems delve into the human condition and reach out to the animate world around us. In all, there is praise for the passing moment and a catching at it with the gossamer mesh of imagination.”

–Harry Thurston, poet and journalist, author of Against Darkness and Storm: Lighthouse, his latest book