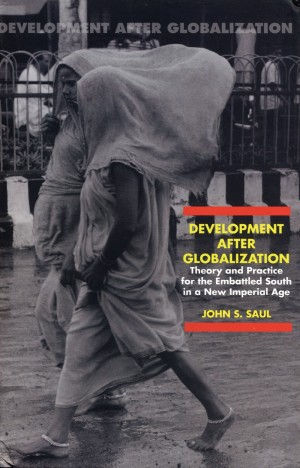 This reflection on the situation in the countries of the global South examines their shared but diverse experiences of the hard facts of poverty and exclusion in the world of capitalist globalization. It probes the reality of ‘underdevelopment’ in an unequal world, driven by western power and capitalist profit-seeking and supported by inequalities within the countries of the ‘third world’ themselves. John Saul suggests fresh ways to consider the dynamics of this situation and seeks to rethink the ways of linking a class-based struggle with the progressive demands of gender equality and identity politics.

“(Saul’s) writings are all about instilling hope and learning from failure…. He is in a sort of underground, alternate Canadian tradition to the internationalism of Lester Pearson, (one that) includes Dr. Norman Bethune, who worked in China in the 1930s, and Dr. Chris Giannou today.”