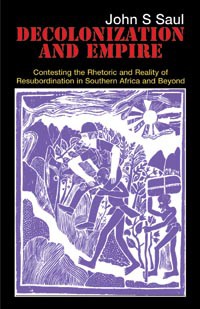 What does Empire mean today? There is the unalloyed working of capitalism, the manufacture and exacerbation of a global hierarchy, reinforced by the “free” workings of the market, creating unequal windows of opportunity and material outcomes. The gap between rich and poor continues to grow, not exclusively along geographical lines (there are, after all, many poor in the global North and some rich in the global South) yet, nonetheless, principally along these lines. This hierarchy is only in part self-creating and self-sustaining. It is also willed and locked into place by the states, the governments in power of the North and their quasi-international panoply of institutions (the imf, the World Bank, the WTO and the like). The space for quasi-left experimentation in the South has gone now and capitalist practitioners face only a weak opposition. What does this mean for those at its receiving end, those in a global South? Those increasingly unable to defend themselves against the “free global market” as projected upon them by the us, the imf, the wto. What else is this, if not recolonization?

“To be read by concerned scholars everywhere, especially the young–and the young at heart.”

“As a scholar and an activist he has taught and inspired…”