Racism, Disease and a Media Panic 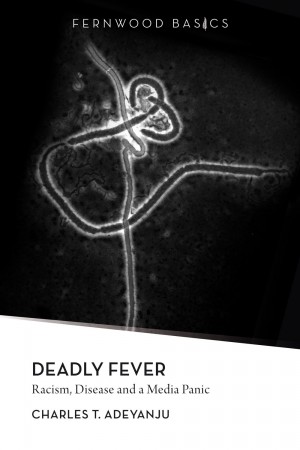 In February 2001, a woman from the Congo was admitted to a hospital in Hamilton, Ontario, with a serious illness of unknown origin. Very quickly, the rumour spread that she was carrying the deadly Ebola virus. Even though it was equally quickly determined that she did not carry the virus, the rumour spread like wildfire throughout the Canadian media. Through a content analysis of four major Canadian newspapers and interviews with journalists, medical practitioners and members of the Black community, Charles T. Adeyanju shows that it was the potent mixture of race, gender and immigration, not a real health problem, that lay at the heart of this public panic.

“My students and I are enjoying Deadly Fever. It’s a great text for 3rd year students in my Sociology of the Mass Media course. It would also be useful in other courses that take up any of several timely themes: news media politics (particularly, the covert racism in neo-liberal discourse), racialization and/or immigration panic in the context of the changing demographics in Canada, anxiety over Canadian “national identity” in the context of globalized risk, and so on. A key strength of the book is its analysis of the intersection of gender, race and nation, in examining how the media produces the black female body as a particular threat to the nation.”