Crises of Imagination, Crises of Power

Capitalism, Creativity and the Commons 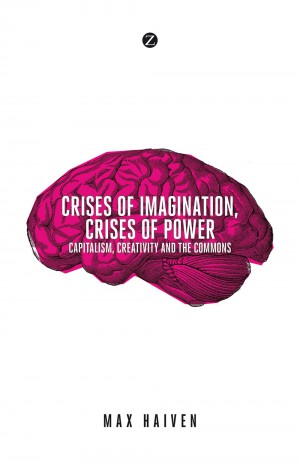 How do we move beyond austerity and the colonization of creativity? Today, when it seems like everything has been privatized, when austerity is too often seen as an economic or political problem that can be solved through better policy and when the idea of moral values has been commandeered by the Right, how can we re-imagine the forces used as weapons against community, solidarity, ecology and life itself? In this stirring call to arms, Max Haiven argues that capitalism has colonized how we all imagine and express what is valuable. Looking at the decline of the public sphere, the corporatization of education, the privatization of creativity and the power of finance capital in opposition to the power of the imagination and the growth of contemporary social movements, Haiven provides a powerful argument for creating an anti-capitalist commons. Not only is capitalism a crisis itself, but moving beyond it is the only key to survival.

“Against the bankruptcy of liberal politics, Haiven puts forward a renewed called for the elaboration of others values, lives and ways of being together. Crises of Imagination, Crises of Power helps bring us closer to the utopia that is within our grasp.”

“Fatalism and futility beware! We now have a handbook for the invention of a new commons. Haiven explains how and why we need to struggle to take back creativity, imagination and our sense of collective purpose from those forces that seek to use it to their own ends.”

“Haiven’s provocative book does justice to a topic that has been too long neglected. He not only explains the constraints that are everywhere placed on our political imagination, but also makes a strong case for transcending them.”

— Andrew Ross, author of Creditocracy and the Case for Debt Refusal

“Inspired and engaged. Readers will emerge equipped with a contemporary radicalism to face the demands of a full immersion in the possibilities and complexities of our moment.”