The Global Rise of the Far Right 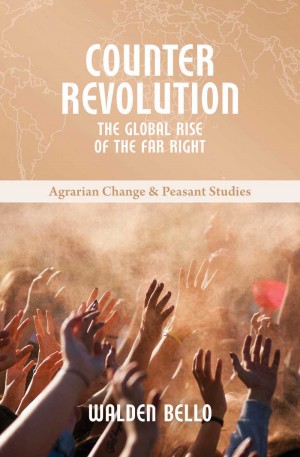 The far right is on the rise. The rhetoric of anger and resentment is emanating from personalities like Donald Trump, Marine Le Pen, Rodrigo Duterte and Viktor Orban and is captivating and mobilizing large numbers of people. In an increasing number of countries, the extreme right has already captured the government or is on the threshold of power.

While this swift turn of events has shocked or surprised many in the North, the extreme right’s seizure of power is not an uncommon event in the South. In Counterrevolution, Walden Bello deconstructs the challenge from the far right by deploying what he calls the dialectic of revolution and counterrevolution and harnesses the methods of comparative history and comparative sociology. Using case studies from Italy in the 1920s, Indonesia in the 1960s, Chile in the 1970s and contemporary Thailand, India and the Philippines, Bello lays bare the origins, dynamics and consequences of counterrevolutionary movements. Reflections on the rise of the right in the United States, Europe and Brazil round out this remarkable and timely study by one of the premier intellectuals of the South.

“A tour de force, required reading for all concerned about our political fate wherever we may be.”

— Michael Burawoy, professor of sociology, University of California at Berkeley

“Insightful, precise, a must-read in these times.”

— Seema Mustafa, founder-editor of The Citizen

“Bello provides an indispensable comparative look at the global sweep of illiberal movements, how they channel national anxieties, attract popular support, and exploit the international failures of liberal governance. An urgently needed analysis.”

— John Feffer, author of Aftershock: A Journey into Eastern Europe’s Broken Dreams and director of Foreign Policy in Focus