Capital and its Discontents

Conversations with Radical Thinkers in a Time of Tumult 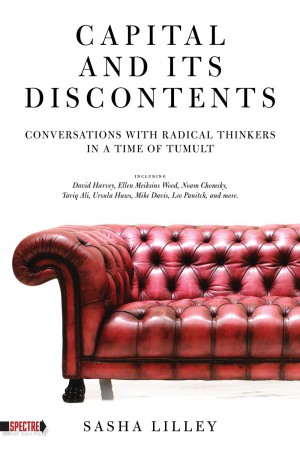 Capitalism is stumbling, empire is faltering, and the planet is thawing. Yet many people are still grasping to understand these multiple crises and to find a way forward to a just future. Into the breach come the essential insights of Capital and Its Discontents, which cut through the gristle to get to the heart of the matter about the nature of capitalism and imperialism, capitalism’s vulnerabilities at this conjuncture–and what can we do to hasten its demise.

Through a series of incisive conversations with some of the most eminent thinkers and political economists on the Left–including David Harvey, Ellen Meiksins Wood, Mike Davis, Leo Panitch, Tariq Ali, and Noam Chomsky–Capital and Its Discontents illuminates the dynamic contradictions undergirding capitalism and the potential for its dethroning. The book challenges conventional wisdom on the Left about the nature of globalization, neoliberalism and imperialism, as well as the agrarian question in the Global South. It probes deeply into the roots of the global economic meltdown, the role of debt and privatization in dampening social revolt, and considers capitalism’s dynamic ability to find ever new sources of accumulation–whether through imperial or ecological plunder or the commodification of previously unpaid female labor.