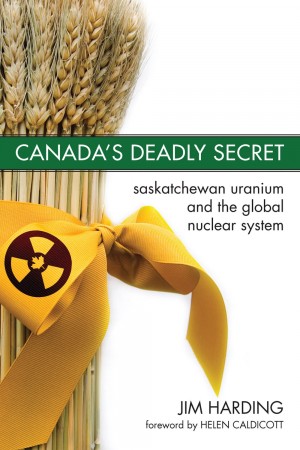 Canada’s Deadly Secret chronicles the struggle over Saskatchewan’s uranium mining, the front end of the global nuclear system. It digs into impacts on Aboriginal rights, environmental health and the effect of free trade, tracing Saskatchewan’s pivotal role in nuclear proliferation and the spread of contamination and cancer. Harding shows that nuclear energy cannot address global warming, nor is there a “peaceful atom.” The book goes inside biased public inquiries; it exposes PR campaigns of half-truths and untruths and the penetration of nuclear propaganda into our schools.

Canada’s Deadly Secret also highlights successes in holding back nuclear expansion. It presents an alternative, ecological vision for a sustainable future that not only takes up the invitation coming from renewable energies, it also links energy, environment, health, peace and sovereignty.