An Introduction to the Labour Movement in Canada, 3rd Edition 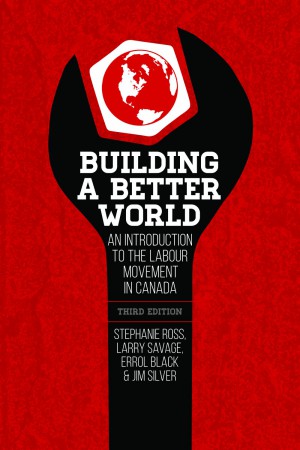 This third edition of Building a Better World offers a comprehensive introductory overview of Canada’s labour movement. The book includes an analysis of why workers form unions; assesses their organization and democratic potential; examines issues related to collective bargaining, grievances and strike activity; charts the historical development of labour unions; and describes the gains unions have achieved for their members and all working people.

“Building a Better World is an essential text for undergraduate teaching in Labour Studies. … I would have no hesitation using the text in a first-year introductory classroom.”

“Since it was first published, Building a Better World has been the best available book to introduce readers to unions in Canada. … With workers and unions facing increasingly severe attacks from employers and governments, this new version is most welcome.”

“Building a Better World is a good textbook for my third year commerce students majoring in industrial relations and human resource management. … The students seem to like the ‘Basics’ style of a short, snappy paperback attuned to the reality of industrial relations in Canada, instead of an oversized hardcover book, which often tries to be encyclopedic.”