A Manifesto for Independent Publishers 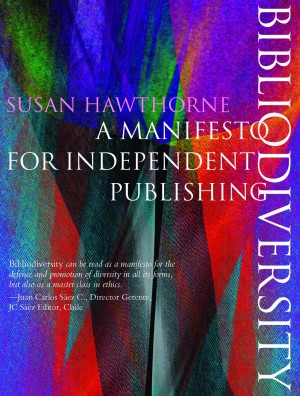 In a globalized world, megacorp publishing is all about numbers, sameness and following the formula of the latest megasuccess. Each book is expected to pay for itself and all the externalities of publishing. It means books that take off slowly but have long lives, books that change social norms, are less likely to be published.

Encapsulated in the term bibliodiversity, coined by Chilean publishers in the 1990s, independent publishers are envisioning a different way. Susan Hawthorne provides a scathing critique of the global publishing industry, set against a visionary proposal for “organic” publishing. She looks at free speech and fair speech, at the environmental costs of mainstream publishing and at the promises and the challenges of the move to digital.

“Bibliodiversity can be read as a manifesto for the defence and promotion of diversity in all its forms, but also as a master class in ethics.”