Capitalism and the Myth of the Individual in the Market 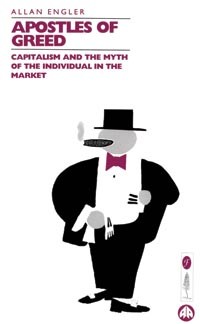 “Provides a readable history of the eighteenth century origins of the ‘myth of the individual in the market,’ traces subsequent modifications of this idea, and details its contemporary revival…Like other religious relics, once removed from its ritual setting, the mythology of the individual in the market looks so tawdry and illogical one wonders how it became so potent.” - Libby Davis, Pacific Current