Another World is Possible

Popular Alternatives to Globalization at the World Social Forum 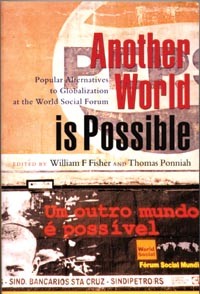 The collection explains the history and significance of the World Social Forum, held each year in Porto Alegre, Brazil, and brings together the most important themes and voices expressed by the 30,000 members of citizens’ movements who take part. Their power emerges from the range of disparate activists and organizations – indigenous groups, trade unions, environmentalists, women’s organizations, church groups, students – that make up the global justice movement. This book assembles some of the constructive thinking around key issues: how to produce wealth and manage economies in the interest of people; social justice; environmental sustainability; affirmation of civil society and public space; democracy and ethical political action. The results point to a very different human – and humane – future.