Democracy – The Truth About US Foreign Policy and Everything Else 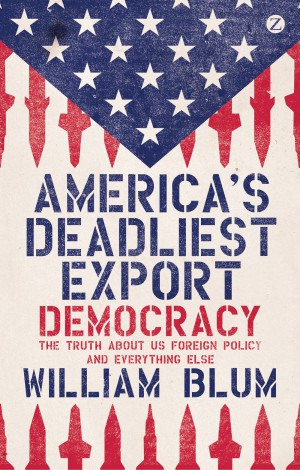 Since World War II we have been conditioned to believe that U.S. foreign policy means well, that America’s motives in “exporting” democracy are honourable, even noble. In this startling and provocative book, William Blum argues that nothing could be further from the truth. Unless this fallacy is unlearned, we will never be able to stop the monster.

“As in the past, in this remarkable collection Bill Blum concentrates on matters of great current significance, and does not pull his punches. They land, backed with evidence and acute analysis. It is a perspective on the world that Westerners should ponder, and take as a guideline for action.”

“A fireball of terse information – one of our best muckrackers.”