Legacies for the Future 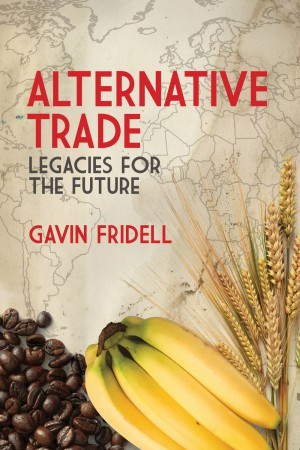 Free trade does not make a significantly positive contribution to a society’s well being, nor does real free trade exist. In Alternative Trade, Gavin Fridell confronts these assumptions through a passionate and rigorous appraisal of alternative trade and its imperfect legacy. Examining the history of alternative trade models – the International Coffee Agreement, the Canadian Wheat Board and the European-Caribbean banana regime – Fridell exposes the unbridgeable gap between “free trade” proclamations and the lack of actually existing free trade, arguing that the alternative trade models are much more socially efficient than what followed in their wake.

“This is a must-read book for anyone interested in the new global food system, which is being implemented through comprehensive trade agreements… Meticulously researched and documented, this book is still accessible to the interested general reader, and that should include anyone who plans to eat food or cares about the future we are leaving to our children.”

— Ken Larsen, grain and forage produces from Benalto, Alberta, and member of the Canadian Wheat Board Alliance

“Alternative Trade is a thoroughly researched book exposing the hollowness of the neoliberal promise regarding free trade… Fridell’s combination of perspicacious ideological deconstruction and attentive historical analysis makes this book invaluable-and his suggestions about paths out of the neoliberal free-trade morass are both measured and practicable.”