From 4Chan to the White House 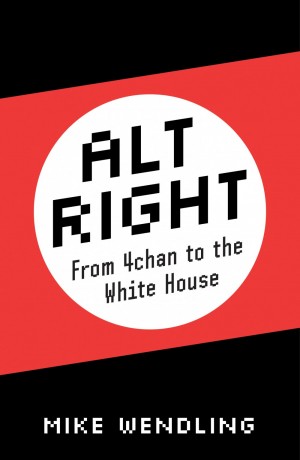 This book is a vital guide to understanding the racist, misogynist, far-right movement that rose to prominence during Donald Trump’s successful election campaign.

To some, the movement appears to have burst out of nowhere, but journalist Mike Wendling has been tracking the Alt-Right for years. He reveals the role of technological utopians, reactionary philosophers, the notorious 4chan bulletin boards, and a range of bloggers, vloggers and tweeters, and the extreme ideas they attempt to popularize.

Analyzing what the Alt-Right stands for, based upon interviews with movement leaders and foot soldiers, Wendling provides evidence linking extremists with terror attacks and hate crimes. Ultimately the book argues that, despite its high profile support, the movement’s contradictory tendencies will lead to its downfall.

“Wendling is perhaps the ideal journalist for the task of deconstructing the alt-right’s delusional, hate-driven politics and inscrutable codewords.”

“An important guide to one of the most disturbing political developments of our time.”